Tiffany & Co. Dance Studio is very proud of it's accomplished faculty, each of whom brings their own personal approach to the education of our students. See below who they are:﻿ 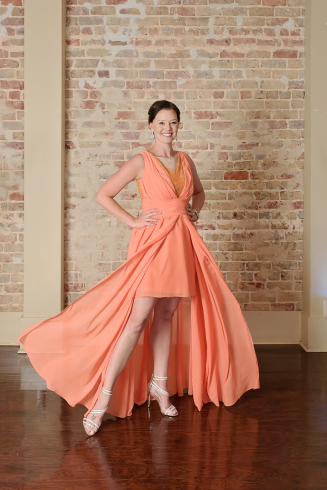 Tiffany has over 30 years of dance experience and began teaching and choreographing at the age of fifteen. She has began dancing competitively at the age of 8, and was awarded national and regional title awards as well as numerous overall high score awards.  In this tradition, her students are current title holders for regional competitions and have won overall awards at regional competitions in this past year.  Many of her students have been recognized at convention and competitions with invitations to continue studies in New York, California, Florida and here in New Orleans, all on scholarships.  Tiffany continues to seek cutting edge trends as she attends conventions and workshops throughout the country. She is also a regional director and a member of the faculty for a national dance competition, teaching master classes all over the country.  Tiffany holds a degree in Business Management from the University of New Orleans. She served as the director for the award winning Archbishop Rummel Chapellettes for 10 years, and has experience working with several local dance and auxiliary units in the greater New Orleans area.  Tiffany is the mother of 15 year old, Jonathan, and 11 year old, Melody.  Tiffany strives to bring the best dance experience while instilling the love of dance to all her students

Kate has been dancing for over 24 years. In high school, she was a member of the Jesuit High School Jayette dance team, where she competed in national competitions as well as marched at football games. In 2013, she was a member of the New Orleans Sainsations and had the honor of cheering on the boys in black and gold on the field of the Superdome! In 2014 she moved to Orlando where she was an entertainment cast member at the Walt Disney World Resort, performing as a variety of costumed characters as well as dancing in parades. Since moving home, she has earned her graduate degree and now works as a preschool special education teacher in Metairie. Most recently, you can catch her dancing and choreographing shows at Rivertown Theaters. She has been teaching dance for 6 years in the New Orleans and Baton Rouge areas and loves sharing her passion for dance with her students!

Sarah joins us with a combined 21 years of dance, acrobatics, tumbling, and cheerleading experience, 12 of which she has spent teaching and coaching.  She started dancing at the age of 3, gymnastics at the age of 6, and cheerleading at the age of 9.  She is a former competitive gymnast and power tumbler for a local gymnastics academy, and has performed and competed with multiple dance studios and competitive cheerleading teams in the Greater New Orleans Area.  She has a degree in Elementary Education from the University of New Orleans and is currently emplyed with the Jefferson Parish School System. Sarah is the Mom of Jackson, Harlan and is expecting very soon.

Kristy has been dancing since the age of 2. She spent 9 years competing and was awarded several regional and national overall awards for her group and solo performances. Since the age of four, she was also a competitive twirler holding the title of Miss Majorette of Louisiana for 10 years, placing 4th in the country at the age of 6 and earning the Carl Dunn award, the highest recognized award for twirling. Ms. Lacoste earned her degree in Early Childhood Education from Springhill College. While attending Springhill she was a member of, captain of and choreographer for the Springhill Dance Team. She served as the Assistant Director of the award winning Chapellette Dance Team for Archbishop Rummel High School for 5 years. She is curently the Kindergarten teacher at St. Benilde School. Kristy is the proud mom to Landon Joseph, Logan Micheal and Laney Elizabeth

Rachel Lester has over 30 years of ballet and gymnastics experience. She started dancing and gymnastics at the age of three at the YMCA. She began coaching competitive gymnastics at the age of 15. After graduating from Ursuline Academy, she studied Kinesiology Exercise Science at Southeastern University. Rachel coached for over 20 years and judged for five years before retiring from coaching in 2016. Rachel’s formal ballet training started with Ballet Hysell in 1988 under Diane Carney and Harvey Hysell and performed for them for over 30 years. For many years, she was the Assistant Director for Ballet Hysell. She is currently a Physical Therapist Assistant and the proud mother of her 14-year-old son, Blake.

Morgan has been dancing since the age of 2 and started competing at the age of 7. Morgan was the first graduating senior of TCDS in 2013. She is a graduate of Archbishop Chapelle High School where she was a member of the Archbishop Rummel Chapellette Dance Team for 5 years, serving as Captain her senior year. Morgan earned her degree from Southeastern Louisiana University and is now a teacher. She is currently the coach and choreographer for the St. Ann Skipper Dance Team. We are proud to have Morgan as part of our faculty, as she was one of Ms. Tiffany’s original award winning competition students.

Dancing since the age of 4, Dani McNeil is a Mandeville native who trained locally and went on to further study dance at The University of Southern Mississippi. She has performed in Disney's Magic Music Days events, The University of Southern Mississippi's Rerpertory Dance Concerts, and opening numbers for National Finals events and Dancer of the Year programs. While in Mississippi, Dani taught for local studios and competition teams where her work received numerous awards and accolades. She has trained and choreographed for Miss Mississippi and Miss Mississippi Outstanding Teen contestants. Outside of TCDS, Dani has been a judge for Dancers Inc and Dance USA. She has traveled with Celebration Talent Competition educating dancers across the country during convention classes and competitions. Her favorite class to teach at a convention is tap because she gets the opportunity to show young dancers that tap is putting a rhythm to their movements. In addition to dance, she is an Occupational Therapy Assistant with hopes to bring dance and occupational therapy together to help children and adolescents improve functional skills in their daily lives. Dani is looking forward to her first year as part of TCDS faculty. Let's Tap!!

Maile Picou, a New Orleans native, began dancing at the early age of 2. She was trained extensively in tap, ballet, jazz, lyrical, and contemporary and hip hop. She had the opportunity to dance along side of some of the most sought out choreographers such as Sonya Tayeh, Nick Watkins, Billy Larson, Paula Morgan and many more.

After graduating high school, Maile attended Louisiana State University where she received a Bachelors of Science degree in Psychology and minor in Dance. She was a part of LSU's dance ensemble, under Molly Buchmann and was a founding member of the LSU tap ensemble. After graduation in May 2009, Maile continues to share her love and knowledge in dance through teaching at numerous studios throughout the Gulf Coast area. Maile has taught master classes along side of talented dancers and choreographers such as SYTYCD Season 4 Female winner Katee Shean, Dana Metz, and Kaitlyn Conley.

Maile brings emotional, yet technical contemporary movement and improvisation techniques to dance. She also teaches jazz and rhythm tap. Her blend of individual style and technique has made Maile one of the most distinctive choreographers in the area. She has won choreography awards and her students have won numerous regional and national titles as well as scholarships to national touring conventions such as the PULSE, Access Broadway, Tremaine and Dance Makers Inc. 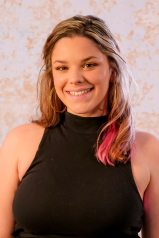 Brianne began dancing at the age of 2 and competing at the age of 7. She is a graduate of Archbishop Chapelle High School and a former member of the TCDS comeptition team and 2018 Cover Girl. She was a student of Ms. Tiffany's for 10+ years. Brianne brings energy and a spark to all of her classes at TCDS. We are proud to have "Miss Brie" as a member of our Faculty.

Jill Hankel has been dancing since the age of 3 and started competing at the age of 11. She is well versed in all areas of dance and holds a degree in Kinesiology with a Minor in Dance from Louisiana State University. She was also an officer for the award winning Mt. Carmel Carmelettes her senior year.  Jill has traveled the country assisting and teaching convention classes with some of the top names in the industry. We are proud to have Jill as part of our adjunct faculty, as she was one of Ms. Tiffany’s original award winning competition students. Jill is currently a nurse and just welcomed TCDS's newset dancer to the world, Miss Juliette

Where to Find the Studio